Yamatai Village is a location in Monster Girl Quest Paradox

Yamatai Village is a unique village. Compared to most other villages and towns, Yamatai is more eastern. This also includes worshiping Gods that aren't Ilias, such as cats, foxes, tanuki, and snakes. They used to also worship spiders, but that was long in the past. As a village with such a unique culture, they are also home to the Eastern Book of Secrets, a Job-Change item that allows job changing to various eastern jobs such as Ninjas and Samurais. However, this item is only given out to the most worthy of people.

Luka and co, at the request of Dullahan, head over to Yamatai Village to solve a problem. There is something wrong with every shrine! For the Nekotama Shrine, the party must single out the Cat Goddess among tens of lesser Nekotama. For the Fox Shrine, the party meets up with the Fox Goddess, Tamamo, as she is being depressed. Nothing the party says can move her, but apart from Tamamo being depressed, nothing is wrong with the shrine. At the Tanuki Shrine, the resident Tanuki, on a dare from a Kitsune, has ventured into Orochi's Cave, and its up to the party to find her before she runs into Yamata no Orochi. Lastly, there are signs of rebellion coming from the Snake Shrine, upon reaching the top floor, they discover Shirohebi, being attacked by Neris, who, upon seeing Luka, runs away and leaves the party to fight Shirohebi.

Solving all these problems causes Dullahan to join the party for real, and the Chief to grant the party the Eastern Book of Secrets. Leaving the hall, the party stumbles upon a group of four men, telling each other that they are going out into the world to get laid. One wants to meet Elves, one wants Mermaids, another Harpies, and the last one wants Succubi. Watching them leave, the chief comes out and tells the party that if they find all four of the perverts, they'll receive a special prize... the most sweetest honey ever! This item is used to recruit Queen Ant back in Grangold.

The party will return here after "defeating" the Beelzububs to recruit them.

Later on, after being tasked to get orbs, the party finds themselves back at Yamatai in search of the Elf Princess. Upon seeing Luka, however, she falls in love and grants the party many many items, a Hunter's Soul, the Red Orb, money, weapons, armors... until Sonya has enough and chases her away. Afterwards, she leaves behind her two elf attendees, who will provide blacksmithing and item restocking.

The place makes a few appearances in the Collaboration Scenario. It appears briefly in chapter 4, where it is revealed that Daimyokai attracted the ire of the villagers upon herself by attacking a local kappa, forbidding her to enter the village again.

The party returns there once again as the chief recognized Daji and asks for help against the rumored powerful yoma who's searched by Grand Noah. In the Fox Shrine, the party notices a Spirit Fox who confirms them that Daji was indeed close by just a few seconds ago. The party then notices a fox statue, and reveals Daji by stomping its tail. The kitsune reveals that she was attempting to "sneak some bites" on the villagers and forces the party to fight her once again. After beating her, she threatens to show her real power, but Kazuya convinces her to stand down and to join the party.

When the party returns to the village chieftain to report their success, they see him by the river, musing on life. Suddenly, the river shines and Amabie comes out, saying that she felt the distress of the world. The party greets the Unfortunate Friend, and welcomes her. 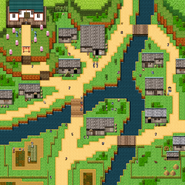 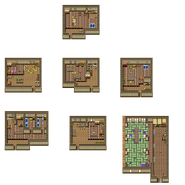 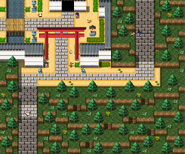 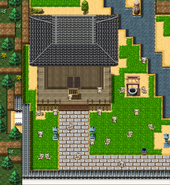 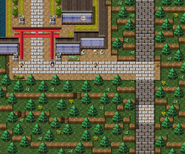 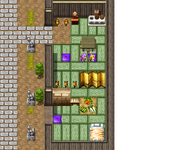 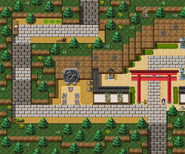 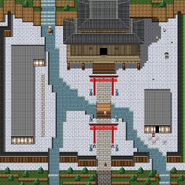