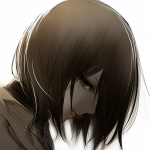 New artists, definitely good. Not quite sure on the new monsters as their page names depend a lot if not totally on how Dargoth translates it. For instance, we could have a "High Slug" page, but even though I'm 99% sure she'll be called High Slug, Dargoth may find another name. As for new artists though, that's definitely cool.

Races, we already have some category pages for some and putting in that info would help pad them out. Same rules again though, as long as it's been translated that's fine so knock yourself out. :) Same with the interface idea, I'll have a better idea and be able to understand more with a visual example.

As for the images, I'm hoping we can use gallery pages to split up the content between games.

I just want to say thank you for responding to my question, it really means a lot to me :)

I posted here because I didn't want to derail Schwarzritter's topic any further. About the infobox, I've been working on it on and off for awhile now but haven't made much progress. I don't have much coding knowledge but I think the main problem is because I want to do things infoboxes can't. Most of it is pretty straightforward but I don't think I can code in four columns for the resistances so the best I could come up with was two columns, with the "name of resistance" and "resistance variable" in one cell. I've also been debating keeping companions as part of one infobox with all values hidden if they aren't recruitable yet or making a seperate infobox entirely for companion information seeing as some companions are never enemies to begin with. That's basically where I am with it. I don't mean to drop all this on you but I could use your help if you're offering. FickleArchivist (talk) 23:32, December 15, 2015 (UTC)

Retrieved from "https://monstergirlquest.fandom.com/wiki/User_talk:Vostan?oldid=63892"
Community content is available under CC-BY-SA unless otherwise noted.