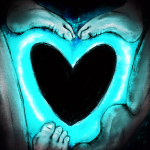 Hi, welcome to MonsterGirlQuest Wiki! Thanks for your edit to the White Rabbit/Paradox page.

Well it's less a plot hole and more like fictional humans being superhuman by our standards but yeah. Also Ilias was a meanie to Lucifina, hence why Angel form didn't occur. Saikou The Lewd King (talk) 16:54, July 17, 2016 (UTC)

Well my favourite character is still Kitsune from the first part. What do you think about Heavenly Knights? Gook (talk) 17:19, July 17, 2016 (UTC)

Alma: Fun and lewd, but way too cruel. Would be better if she didn't kill after each win.

Eru: I don't like or hate her. I like her artstyle, but she is way too stubborn.

Granby: Tsundere, so meh. But dragooon, so she is cool.

Finally someone understands me!

Alma: If only she wasn't succubus who kills humans just for fun... How did she even got in good guys band? In Luka's place i would kill her after fight in castle.

Eru: Well, she is slime so low INT is acceptable. But still, attacking every human, even those who don't pollute anything? That sounds like work of some ecoterrorists.

Granby: Boring blood knight. Even that she is dragon doesn't save her.

Kek m8 if Luka killed everyone who murdered or raped people, there would be no one left.

MGE is the shit. Just look at my avi (MGE character). It's a much much fun place to live in than MGQ.

MGE is utopia. That's it. No plot. It's like MGQ in reverse.

Well it's not an utopia yet. And it has no plot because it's just world building. That's like saying an anime has no gameplay. It's kinda intended.

I will also list girls from original who already appeared in paradox.

Let's just say her face is so messed up (No eyes, a huge teeth filled grin) she basically isn't even a monster GIRL anymore. She is also mindless, can't even talk, just madly laugh. And she fucks you with a whatthefuckisthis organ while literally ear fucking you. Forever. Saikou The Lewd King (talk) 20:58, July 17, 2016 (UTC)

Sadly I don't know Japanese. I just crawled through the game's file pics.

In other news, a girl opens up her body, stuff Luka in it and eat him. Eater devours him in a single bite. Canceroid absorbs him into her ballsacks etc Saikou The Lewd King (talk) 21:16, July 17, 2016 (UTC)

Retrieved from "https://monstergirlquest.fandom.com/wiki/User_talk:Saikou_The_Lewd_King?oldid=70493"
Community content is available under CC-BY-SA unless otherwise noted.