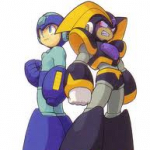 Hi, welcome to MonsterGirlQuest Wiki! Thanks for your edit to the User:DJexe page.

Hey DJexe, you wanted to make a side-story right??
I am currently working on a wiki page about that, could you please proof-read it (and test it out :P)??

I know the lay-out isn't the best yet, I am still working on that, but I think it is at least start-ready :D.

Nice To Meet You!

I was thinking about making the story as if he lost to her in one of the later fights, taking him as a mate, havent thought much on what its exactly going to include. It will probably be a while before I make it, because I want to work on the others first :)

About adding your own character, I wasn't sure at first, but since im so awesome, I looked into it. Its pretty simple.

I am exporing this just now, so if I am too vague, feel free to ask for clarification.

First off, you need multiple poses of said character. Second, if not already done so, they need to be cut, meaning you take out the background, and fill it in with the color #00ff00. Then there needs to be a copy of only black and white on the right, like this. Once thats finished, you need to pack it in with the rest of the mod. And to reference it with the actual story, you need to call it by name. So this line of code:

Thanks, you too. Mind sharing what you're working on?

Did you mean the VisualDNA quiz outcome with that? Or something different?
Also if you do, please link to "proof" you got that (+ I want to read about it) and also please link the quiz so other people know what you are talking about :)
FurRiffic (Talk) 19:39, September 6, 2012 (UTC)

Couldn't help but mention I've been thinking about something you'd mentioned earlier - appropriately as on that quiz you link I'm the thinker, apparently. Probably because there was no 'the taciturn' option - something about creating mods and the like. If you have ideas, even if you don't plan to create scenarios of them.. Jot them down. Ideas are too good to be cooped up inside our heads; for me, putting them on paper helps me gather my thoughts, you know? And although not the most intuitive tool, you might be surprised at editing story.txt and decide to give scenariowork a whirl! OldSlashFriend (talk) 13:32, December 12, 2012 (UTC)

Yeah I should of tested the new game again when I changed it....

Originally I had it skip everything (difficulty selection etc. and just jump straight to my game) I had it start on Hard and then you could change it when you lost. In this patch you are suppose to be able to choose difficulty and then have it jump to my game I guessImissed something >.> I'll upload a quick fix for that

Terribly sorry about that I just fixed the script. I had put the "goto" command to skip chapter 1 a few lines to early that it skipped it. I should of double check my bad! I just uploaded the script seperately. That is the only change wih the new script

what part? was it a certain attack? Did your HP hit the halfway (or quarter) or was it something else?  so i have an idea where to look

nevermind I see it, I forgot i renamed some of the variables and deleted others since the wave fight looks like it won't need them

what does the error say? Or better yet if you can take a quick screenshot let me know.

Were you ever able to get the game to load again? Because I couldn't seem to find whatever bug you were encountering...If not hopefully tomorrow's patch will fix whatever problem you had! Ginrikuzuma (talk) 05:31, December 13, 2012 (UTC)

What an interesting idea - without pumping my own work too much, you might enjoy the last Chrome scenario I've been working on; for other visual novels, I'd recommend Saya no Uta, depending on your tolerance for the wanton gore/horror... Gorror? Er, anyway. Such a scenario could be very interesting. Let's flesh it out a bit - what sort of dark magic might this protaganist use? Demonology or necromancy, the old standards? Something without a name that has 'bad' effects, like draining life or harming the user? Something related to the stars and other unspeakable horrors?

As for why he fights with his hands and feet - there's probably a story right there. I don't live in a place with many people to DM for, but a good question is always - why might someone choose to fight like they do. Does he use his magic to augment his fighting ability? If his hands or feet suddenly grew blades or other bizarre appendages, that could be one of the things that caused people to turn against him. I imagine most Iliates wouldn't be too thrilled with someone who could - with a thought! - turn themselves into a living weapon.

How does he know Luka, and what might their interactions be? This one is one you can develop as you go - you probably already have a lot of thoughts built up for it already, but it never hurts to give it another think or two. And exercises like this can be kind of fun - you might come up with a few new ideas, and before long, the urge to write will be uncontrollable!...

The outsider element is a good character stepping stone. It already means that he'd be shunned (at least) by many in the relatively narrow-minded village; Luka is one of the people who probably wouldn't. Some other character building questions are - what are his views on monsters? He might tolerate them less then Luka - if it weren't for monsters, people might accept him even with his powers..! - or more tolerant - just like me, they are outcasts. We may have to fight, but I understand them more than other people - or anywhere in between.

Since you want a version of the elements 'darkened' why not consider having him be the descendents of Animists? Maybe he never knew his parents, or they were killed early on - and so his understanding of elemental magic is somewhat flawed, and he can only draw on a hate-filled, twisted version of the elemental attacks. Maybe as he learns to control the emotions within himself and achieve some peace of mind, he gets strong (equivilent to the spirits 'leveling up') attacks?

Would you have him stay with Luka for the entire game... Or eventually take his own route? Feel free to throw other ideas out there, or write them down for yourself - even if you decide to change them later, getting them down gets your mind going, doesn't it? I'm going to crash in a few, but hopefully you've got an idea of what you might want to flowchart or think of for a possible scenario brewing!

Good to see ya back! And I'm glad you got a charge out of Granberia's scenario. I can't tell you how much blood sweat and tears went into that gal. And it was worth every second. I think I can guess which choice you skipped. But you really should go back and give it a whirl. You ain't getting the full experience otherwise. I think you'll be pleasantly surprised how it plays out. I know I'm the same guy who gave you nightmares about Ilias's non angelic smile, creepy eyes, and burning red background. But rest assured, I would NEVER harm a hair on Granberia's pretty little head. Some lines I would never cross. That's one of them.

Speaking of Ilias's awesome non-angelic smile, I never did thank you for your glowing review of 'Fifty Evaluations'. If I creeped out even one person with that ending, then I consider it a victory. If you thought it was creepy then, you should see it now. I've had to update and revise it a couple times in order to get it to work on Cecil's nscript. Now I think it captures the mood perfectly.

And I can understand the pain of not having internet. Up until I got my handy dandy Verizon Wireless Modem and WiFi cards, I had to perch in the hotel lobby of Quality Inn to get my internet fix. Even to this day, I wouldn't have internet more than half of the year without my Verizon cards. It ain't easy getting internet when you're spending six or seven months living in wildlife refuges or in trailers in the middle of Wisconsin.

Hope you stick around!

Also, I'm glad you've taken a shine to the kooky ol' goddess. She really is a sweetheart in her own psychotic, evil way.

Why are you removing references to Undine's Spring?

Retrieved from "https://monstergirlquest.fandom.com/wiki/User_talk:DJexe?oldid=34383"
Community content is available under CC-BY-SA unless otherwise noted.