- The introduction was reworked, fixed, and released entirely once more.

- The tricks & baddies, Fear her and Calm before the storm paths are completed. They only lack their ending, which will then lead to one of the final endings based on the player's decisions.

- The main path, after having been reworked, now only lacks the rest of the Lullaby. After that, only the ending, which is linked to the final ending update, will be left to do.

Which then, lead me to the one final question i am asking myself : Is the game worth going through? Or not, and if so, for what reasons? Dat is the question i ask of you now that we have almost finished that journey together. 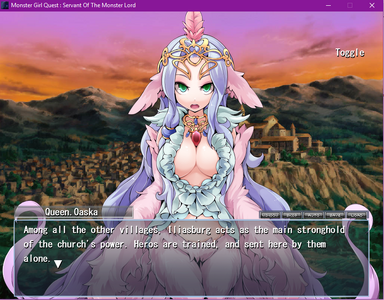 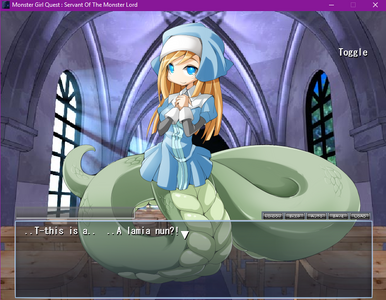 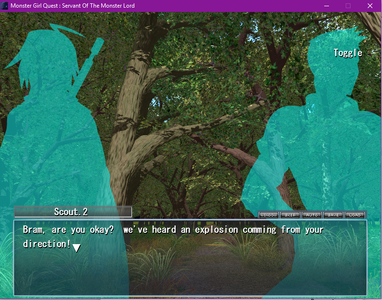 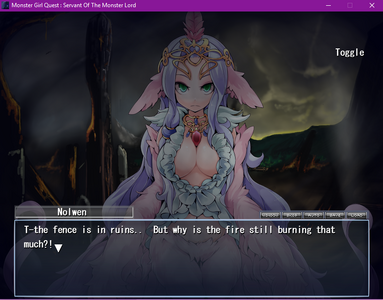 Overall teaser of the Oaska Lullaby, present within the last update of MGQ : SML
Add a photo to this gallery

The poll is right here for everyone to vote. It will act as both an hint for the production of the last portion of the game, and also in order to know what to fix for the next game. And of course, if you wanna go on more depths then you can always comment.

With that, i'll leave you to it. I'm off to produce the last portion of Oaska Lullaby stage.

Retrieved from "https://monstergirlquest.fandom.com/wiki/User_blog:Zepekinio25/MGQ_:_SML_,_is_it_worth_playing_in_the_end%3F?oldid=87339"
Community content is available under CC-BY-SA unless otherwise noted.