recently, while browsing vndb, I discovered that MGQ has been fully "ported" to renpy.

Their port has been taken down, however after some googling I was able to find a workling download. (and I will not give you any working links as it contains converted game files -> would be considered piracy)

I haven't found any Wiki entries for it and as I'm too lazy to create one I wanted to start a small discussion here.

So here are my first impressions:

Overall I think it is quite usable (as most of the really tedious work has been done and everything that I would find interesting to tackle still needs to be done).

There are only two issues that need to be sorted out:

2. The source doesn't contain any license files, I do not speak russian and was so far unable to find out under which license they've published it. (will probably have to contact them). I will not distribute/work on the source without the authors permission.

Here are some images of the game running on renpy: 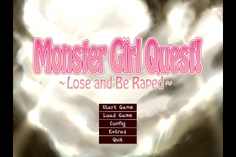 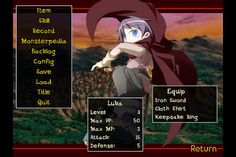 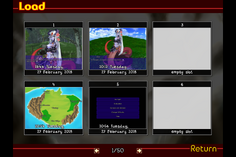 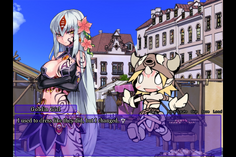 some dialogue
Add a photo to this gallery
Retrieved from "https://monstergirlquest.fandom.com/wiki/User_blog:S3124/MGQ_-_Renpy_implementation?oldid=85422"
Community content is available under CC-BY-SA unless otherwise noted.