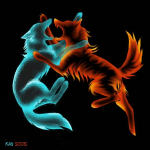 A student of English Literature headed to one of the world's premier universities, Valourtore values the integrity of grammar in all written works and has an affinity for the aesthetic half of wiki-editting. Enthralled by the storyline and well-developed characters, he is focused on ensuring that he contributes to the phenomenon that is MGQ.

He is on a mission, it would seem, to make the wiki a success together with the help of other contributors.

"Some say the world will end in fire,
Some say in ice.
From what I've tasted of desire
I hold with those who favor fire.
But if it had to perish twice,
I think I know enough of hate
To say that for destruction ice
Is also great
And would suffice." - Robert Frost

Retrieved from "https://monstergirlquest.fandom.com/wiki/User:Valourtore?oldid=8020"
Community content is available under CC-BY-SA unless otherwise noted.