Days without making/editing a page:0

Politics in this game is bad. Really bad. They are affected by emotions and can't think about best solution than: Kidnapping males from nearby village/Stealing king's daughter and turning her into a monster/Attacking every hero without even hearing what they are up to and so on.

I wouldn't even think about choosing any of them as rulers.

Her endings are good 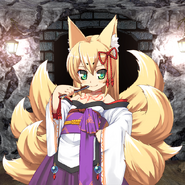 Best girl till part 3 (How many times did I mention it?)

Best Human (Fuck Sara and every other human)

She makes you her husband! 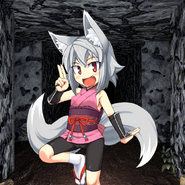 Cute and makes you her husband (2)

Just a symple traveller passing through. (Don't ask me why he is in Gallery called "Best Girls"
Community content is available under CC-BY-SA unless otherwise noted.

Ranked #5
on this wiki