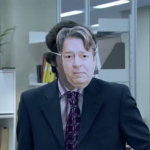 I'm someone who types things into notepad, drags them onto a .bat file and makes stories about youngsters marrying Kitsune grannies.

By channeling my wistful dreams of living a relaxing life with someone who unconditionally loves me (and cooks mean tofu), I'm able to provide a little something to MGQ's western branch of Custom Scenarios.

Well, perhaps not yet.

I'm a man with a simple, noble dream: to think of what life with a perfect, kind, flat-chested fluffy wife would be like, and channel them into scenarios for the whole world to enjoy. With 2 under my belt so far, I have no doubt that my sad little self-deprecating mind can concoct some more of them. Expect "Tamamo: A Tail of Two Lovers" sometime after Part 3 is released and translated (maybe before Rogue's translation; I may not wish to spoil myself!) when there's some more Tamamo CGs to work with.

I've also crafted an Alma Elma scenario; one that's hopefully different from the waifu-fantasy of the Tamamo ones, but still enjoyable in their own way. And with a character like Alma (the "I do what I want, I'm mostly inconsistent variety), hopefully I wrote her in a similar-enough vein as she appears in-game. If there's one thing I don't like doing, it's taking characters already shown and written for out of the official narrative and messing around with their characterisation.

And the H-material I write? All drawn from my extensive knowledge of automatic pelvis movement and mobile Gynaecology.

A finale/3rd part to the 'Fluffy Tail trilogy', and maybe some more scenarios featuring the other Heavenly Knights. I wouldn't want to appear like I'm favouring one of them over the others now, would I...?

That being said, I do like some of the other, non-Knight, non-Spirit monsters. So maybe I'll make a few about them, too. When I have the time.

Retrieved from "https://monstergirlquest.fandom.com/wiki/User:Fodder::1?oldid=13683"
Community content is available under CC-BY-SA unless otherwise noted.