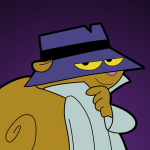 aka The name's Bond, Savings Bond

First off I'd like to blame a very popular side story author for making me be here. Somehow this swiss cheese loving wise ass managed to make great content causing me laugh my ass off repeatedly and eventually inspire me to start writing my own stories in the MGQ universe. I was perfectly happy to just enjoy all the great monster girls, chimera and angels go at it with Luka while enjoying that really great story. But because of him now my mind for the last several months has been crafting its own story and each time it just gets bigger and more involved! Curse you and your swiss cheese for inspiring me!

Now my original goal was to tell a side story to flesh out Erubetie(no pun intended) because I honestly felt she got the short end of the story straw when it came to the four Heavenly Knights(though to be fair Alma may be sucking on that straw as well...pun about her sucking something may or may not be intended). So I decided to start this story just at the end of Part 2 where everything hits the fan. It's definitely a nice starting point because literally anything can happen and enough backstory had been filled in to head in multiple directions. I was actually surprised to see when Part 3 finally got translated completely how many of my own conclusions I drew ended up happening in the 'prime story'.

Unfortunately, or fortunately depending on how you look at it, after I got done with my first story I realized had gone way too far into it being a 'simple' story as well as the scope had exceeded anything I alone could possibly do with the Side Story format as I ended up creating new locales and characters to exist in the world. So I decided I definitely was going to need at least one or two follow-up stories...Except when I started the first follow up story I needed to delve into my new protagonist's extensive past and found that quick flashbacks were not going to cut it so I switched gears and took the first few planned chapters of my second story and used sections of them as primers for each chapter of what would be a single story prequel.

Of course during this whole time I kept referring back to the wiki here for various inspirations and plot points I would need to cover. And then my brain refused to shut up and focus only on this story and decided I needed to do two more major stories that would be prequels because of things I had read here. These ones I kind of hesitate to call a trilogy as each is a separate story with only certain characters linking them as the time periods will be signifcantly apart from one another. The good news my brain has at least decided to not add anymore major stories to what's already on my plate.

Now to shift gears a bit and state why I'm here. It was always my intent to share these stories with fellow fans of MGQ however I hate presenting unfinished work. However I also hate letting things go unfinished and if I wait until all six stories are finished to present they will be. On top of that I don't want to lose the passion for writing them. After playing MGQ parts 1 and 2 and the side stories I pretty much spent the next two months spending every free moment writing and conceptualizing the story. However eventually the desire to continue waned as I had no one to share my enthusiasm with. I did not even notice until more than half a month later after its release that the part 3 translation was released. When i got around to it I literally spent all day playing it, engrossed in the story wanting to see how it would end and at the same time not wanting it to end. Needless to say after playing it my desire to continue actually writing my story came back to me instead of just conceptualizing it in my mind over and over like I had been the few months prior to release.

Then I got around to seeing if there were any new side stories released and was pleasantly surprised to see some. Not only that, but finding a new story featuring Erubetie from Viper121 pushed me over the edge and I want to hold onto the passion for my making own story. So I've decided maybe it was time to release parts of it to the community to get feedback, inspiration, etc and hope they might hold me up when I don't want to and actually finish these damn things. Then again this is the internet and I could be assaulted by vicious flaming trolls who just want to help Ilias and Black Alice burn the world. In which case I'll make sure Erubetie sneaks into their rooms at night and does something so unpleasant to their underwear Gnome would have a better chance of selling Lazarus' pair.

Note: Since I originally intended for the first story to be a side story the writing style is very much in the form of a script. As such I will probably post it here with the full intention of doing a rewrite into a more short story format.. The first act of the second story is currently kind of written the short story format with the exception of the dialogue being taken out from the descriptive paragraphs and presented more in tune to the side story format. I decided I really wanted to get the actually dialogue down on paper before my mind wandered off momentarily and lost how it wanted to a character to say something.

Retrieved from "https://monstergirlquest.fandom.com/wiki/User:DranosJ?oldid=38232"
Community content is available under CC-BY-SA unless otherwise noted.