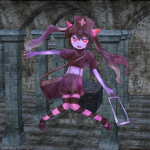 This is your user page. Please edit this page to tell the community about yourself!

Starting some Side Story Work

If you've made it here, congratulations, you are a master of finding irrelevant entities on the internet. I'm writing a Side Story, and I would love some general advice, if you do so happen to have it. I can't give any information out on the story, as no matter how bad my writing turns out to be, a writer never spoils his story. Just general code advice. That's all I need right now. I'll take critique on my writing once I release the Side Story into the depths of the internet, if I ever do.

Hi, I'm Kevin Hale. I'm usually more careful about my real name on the internet, but I'm stoned out of my fucking mind right now, so I don't give one single fuck. I'm 19 years old, graduated from high school, and living on my own. My hobbies are video games, reading, bong hits, and writing. I'm bad at writing, the rest I excel at (often simultaneously). My workplace is confidential, it's top secret, it's a matter of national fucking security, nah it's Pizza Hut. Despite the drug use, I'm actually an intelligent guy, no really, believe me. I'm above average, not a genius by any means, but not average either. Well, that's about all about me.

How I got here

After playing the whole game, he found himself on the verge of tears, but could not contain himself from laughing.

Retrieved from "https://monstergirlquest.fandom.com/wiki/User:Brokenknives222?oldid=70813"
Community content is available under CC-BY-SA unless otherwise noted.