The World Tree is a location in Monster Girl Quest: Paradox

Located on a small island west of Fairy's Island, this massive tree is where Queen Alraune lives alongside other alraunes and plant monsters. The World Tree houses both the Yggdrasil Fruit, a fruit said to cure any disease, as well as Rainbow Ore, presumed to be the highest class of ore one can find, so many people wish to enter. Most are stopped at the entrance... perhaps a blessing in disguise, as the monsters inside are powerful.

As of late, attacks from Walraune and Dryad (Blue) have been increasing. However, due to Dryad (Green), some people have made a good guess that most of the World Tree's residents, Forest Dryad and Forest Alraune are under orders from Queen Alraune.

This place is visited by Luka and his party when they first notice that Queen Elf's aggression has been amplified by a brainwashing wave apparently drifting from this place. His companions remark that they need to visit the place to go get Rainbow Crystal to get better equipment anyway. When the party reaches Queen Alraune, the monster challenges them, and recover her mind once beaten. The culprit for the brainwashing, Azi Dahaka, reveals herself afterward and challenges the party after saying that she works for Black Alice. She gets knocked down by the hero, but managed to teleport away.

Afterward, the hero asks for a fruit to cure Queen Harpy, and, should he want to recruit the queen, he has to help her find a replacement with Priestess being a good contender. 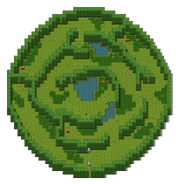 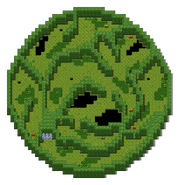 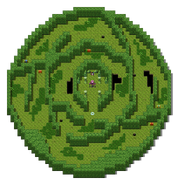