Succubus Village is a location in Monster Girl Quest Paradox. It is located in the center of the Gold Region.

Succubus Village, the dream of men all over the world! However, due to an incident between the mayor and Natasha, a former resident of Luddite Village turned succubus, the town has gone into a localized civil war. Groups of Succubi ambush and drain unsuspecting residents and travelers alike. Smaller groups of Maidcubi are also "attacking" men, including the younger ones. A younger succubus has apparently set up a "petting zoo" to the west of the town's entrance, and her older sister is also causing trouble. Maccubus has set up shop in the bar, and it is advised to stay away unless one is confident in dealing with her.

After Luka deals with the problem, the civil war has somewhat died down, but one can still be jumped by succubi if they wander off the path. If one wishes to have some "fun" without the pesky issue of being drained of all your energy, Alleria, a battle fucker, is located on the second floor in the mayor's house.

The village reappears during the chapter 5 of the Collab Scenario, as Lauratt, Rigeo and Magatsu are looking for support. They meet Succubus who have Lauratt trained by Witch, while Rigeo gets offers from Saki, Magical Mari-chan, and a kunoichi succubus and Magatsu drinks herself. The trio from other worlds then leave the village with the plan to have Lauratt form a pact with Salamander on Witch's suggestion. 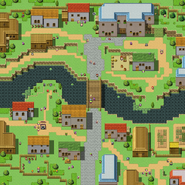 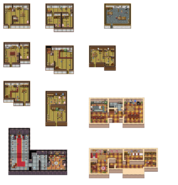