Snow Heaven is a location in Monster Girl Quest Paradox

This is where the angels of Heaven reside after Heaven fell to form the Snow Continent. To the south east lies the Snow Shrine, where Ilias's trusted third commander, Eden prays, using her power to keep the barrier over the Ilias Temple Ruins from failing. Over the bridge to the south west, the Hall of Creation stands. It is rumored that if a powerful angel were to die, this is where they would be revived. Archangel Ranael resides here and rules this land in the absence of Ilias, although she's actually acting as the right arm of the actuel head angel, who's currently working tirelessly in the Snow Shrine to prevent chaosization from escaping the ruins of the temple.

Luka and his companions are dumbfounded when they realize that the residents of the village are angels and gets the confirmation that the whole continent is what remains of Heaven after the Great Disaster. As they investigate the place, they learn about the danger present in Ilias Temple Ruins, and come to the conclusion that whatever causes the mana flow issue stopping them from summoning the Garuda Girl is here. Ranael then guides them toward the Snow Shrine to consult the head angel directly.

The small village is also involved in a short sidequest for Lucifina-chan, and the heroes return to the place after the Collaboration Scenario as they're chasing the trio of Musette, Bell and Lyla. 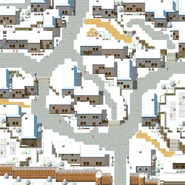 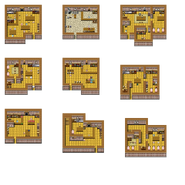 1/7
Community content is available under CC-BY-SA unless otherwise noted.