Sabasa is a location in Monster Girl Quest Paradox. It is located in the south-west cadrant of the Sentora continent.

A normally peaceful desert kingdom, due to its powerful knights and harsh location, things have taken a turn for the worse when its former ruler seemingly died and his daughter took succession. Corrupt guards, shady assassins, and illicit rumors float about the city and the surrounding towns all seem to be having troubles of their own, yet the new monarch seems to have other things on her mind, as rumors of her promiscuity keep spreading.

This place is also invaded by vampires and led by Queen Vampire, who are led by Carmilla and Elizabeth on the ground. Sara leaves Luka's party temporarily to defend her kingdom as Queen Sara. Carmilla and Elizabeth manages to easily defeat a group of Sabasa soldiers, and Elizabeth leaves to capture Sara while Carmilla unsuccessfully fights the heroes herself. Elizabeth later corners Sara with an army of vampire, but Sara unleashes her monster blood and defeat the vampire army before rejoining the party to finish off the local vampire leader. 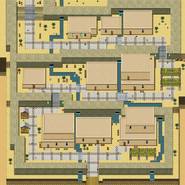 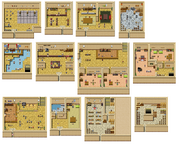 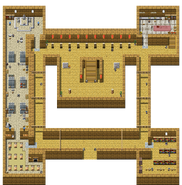 The first king is Sabasa the First.