Welcome to the portable home away from home. This little pocket dimension has all the luxuries anyone could ask for from being on a tropical beach to a getaway snow resort. It even comes with a Magical Maid. Though there's plenty of room to spare so, please invite some friends!

Leaving Iliasville, Ilias stops Luka. She informs him that while she was in her 'heroic life or death struggle' with Alice, she managed to snag a model of a castle. Luka is confused at first, but Ilias tells him it must have magical properties to it, and he should push the button on the side. He does and draws both of them inside.

They find themselves at the front gate to a huge castle. Sonya realises they were pulled into the castle, and must have been shrunk. Ilias reckons they could probably fit thousands of people inside here if it's as big as it looks. Sonya is fascinated that Alice was carrying such a powerful artefact and her doubts about Alice not being the Monster Lord wane. Ilias suggests that they should take a look inside, but should be prepared to cut down any monsters inside without mercy.

Inside the Pocket Castle, is a massive hub, completely unoccupied with doors to other areas of the castle. Ilias is concerned about using the Monster Lords castle, but she decides just to think of it as territory conquered from her and gives Luka permission to use it.

Ilias intends to use the castle as a location to rally her angels, and for Luka to gather his companions to build an army. They can use it as a place to store excess companions when there's no more room in the party.

Luka notices the stationary maid, and Ilias tells him that it's not a real person and just a magical projection of one, but Ilias can change it if she bothers Luka. She suggests imprisoning captured monsters here and forcing them to work for her, and then just destroying them when they're no longer useful. Luka disagrees with her suggestion.

They prepare to make their way to Iliasburg, and Ilias states she looks forward to turning the castle to rubble once they're done with it. 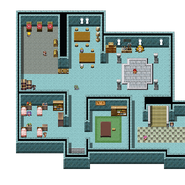 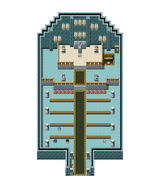 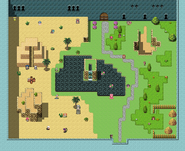 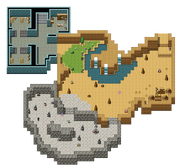 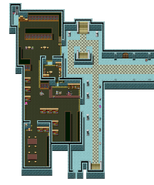 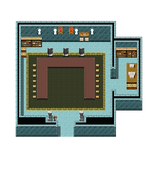 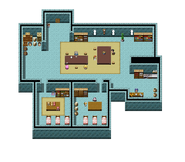 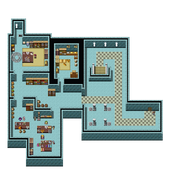 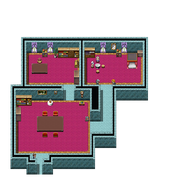 Royal Parlor
Add a photo to this gallery

In the main hall, you can find a small board where your companions will post requests. While this is technically for their benefit, there are plenty of rewards to be had for helping them out.

Nothing special to say about front gates, There are currently 4 inhabitants and three passageways: One on the left to the Forest, One to the Main Hall and one to the right to the Bar.

The main hall of the castle. It contains some doorways, leading to various locations within the castle; There are totally 5 Passageways: One to the south leads to Front Gate. One to the north leads to Courtyard. To the west, there are two Passages: one to the forest and one to the Library. One on the East leads to the Dining Room. There are currently 24 inhabitants.

The dining room and the kitchen of the castle. It's full of hungry monsters, and Luka can "become" their dinner. Currently, there are eight inhabitants and six passageways. One on the south leads to the Main Hall. One to the north leads to the Bar. The other four leads to the Courtyard, the Cathedral, the Beach and the Snow Room. There are currently 19 inhabitants.

Barracks are a home to every soldier in your party. There are a few targets and boxing ring where anyone can test their strength! There are currently 24 inhabitants and 3 passageways: One on the south to the basement, one on the east to the dining room and the stairs lead to the library.

The Cathedral is the place where everyone can pray to Ilias. There are currently 17 inhabitants and one passageway to the dining room.

The Courtyard is the place, where monsters from fields and deserts can live. It has a pyramid and a lake. There is currently 37 Inhabitants and 3 passageways. One to the north leads to the Dining Room and one to the south leads to the Main Hall.

This castle is so cool, it's even has a Forest inside! Lovely place to many types of monsters, from Fairy to Beasts.There is currently 29 inhabitants and 2 passageways. One to the north leads to the Main Hall and one to the south leads to Front Gate.

Beach is a perfect place for sea-dwellers to live. It's just like beach outside but with walls and ceiling. There is currently 12 inhabitants and a passageway to the Dining Room.

It's cold. There is currently 10 inhabitants and 1 passageway to the Dining Room.

Basement is a dark and mostly cold place. Perfect home for some type of insect monsters and undead. There is currently 40 inhabitants and 2 passageways. One on the east leads to Courtyard and one on the west leads to Barracks.

Like in outside world, Bar mostly being used to relax. There you can drink, listen to music and talk with Bartender.There is currently 31 inhabitants and and 4 passageways. One on the south leads to Front Gate, Stairs lead down to the Dining Room and passage to the west leads to Library.

Library is a home to most apoptosis and chimeraroids. They read books and being researched by scientist from Laboratory. There are currently 29 inhabitants and many passageways. Upstairs there is Laboratory, door to the east leads to conservations room, two passageways on the south lead to the Lounge and Main Hall.

Lounge is like Bar but more traditional, People sit there, talk about different things. Library is near and they can take book to read.Also there is medical office and small kitchen. There is currently 21 Inhabitants and one door to the Library.

Laboratory is a home to science. Your scientists are working on Different things such as Zombies, Chimeras, and Apoptosis Phenomenon. Currently there are 21 inhabitants and 3 passageways: One leads to the Royal Parlor and downstairs there are Library.

This are rooms for every ruler you met. Even Kings and Queens are living here. There are currently 9 inhabitants and one passageway to the Laboratory.

You receive the Pocket Castle by siding with Ilias or Alice:

- Alice scene : She will try to give you Angel Halo . Nero will stop time and take it from her, she will end up giving you Pocket Castle stating " I'm gonna give you something with the same value " .

-Ilias scene : If you side with Ilias she will steal Alice's Pocket Castle and give it to you .

After you complete quest where you side with either the Navy or the Fishy Pirates, you are awarded with the MS Fish(Pocket Castle), where most of sea monsters from Part 2 live.

Retrieved from "https://monstergirlquest.fandom.com/wiki/Pocket_Castle?oldid=97144"
Community content is available under CC-BY-SA unless otherwise noted.