Like its predecessor, there are a planned total of three parts. Part One was translated into English by Dargoth with the help of Rogue,[1] and Part Two as well as the Collaboration Scenario were translated by DokuDoku Translations. The latest version of the English translation can be found here. A guide to apply the English translation can be accessed here.

Here is the list of additions that the English patch has.

Unlike its predecessor, Monster Girl Quest! Paradox RPG features full-fledged traditional role-playing video game mechanics, with influences from the Dragon Quest and Shin Megami Tensei series of games.[2] The player controls a cast of 4 main characters (with up to 8 in the sub party) and completes quests to advance the story. It has four basic modes of gameplay: an overworld map, town and dungeon field maps, a battle screen, and a menu screen. Players navigate from a top-down perspective and can traverse the overworld by foot or ship. Towns contain inns for resting, shops for purchasing equipment, minigames and NPCs that can provide the player with useful information. As the story progresses, players can also embark on a myriad of sidequests.

In addition to leveling up normally, each character in Monster Girl Quest! Paradox RPG comes with a Job and Race that can level up through Job Experience. Jobs can all be selected by any character, while Races have a more limited accessibility, based on each character's nature and appearance. Both can be switched freely at the Ilias Temple and provide characters with different stat distributions, equipable weapons and armors, and skills and abilities when leveled up. Skills are techniques used in battle, while abilities are equipped in the main menu and give characters a multitude of benefits in different categories. Many skills can only be used by particular Jobs or Races, while abilities can always be equipped by any of them. After reaching level 10 on a Job or Race, characters master them and can unlock more powerful Jobs and Races. Each character also possesses a Unique Trait, which are character-specific passives that grant them individual strengths.

Enemies are randomly encountered on field maps and on the overworld, and battles are turn-based and play out in a first-person perspective. In addition to the standard HP and MP, characters also have SP, which are consumed when using certain skills and can be recovered by using normal attacks, defending, or at the end of each battle. The first four characters in the player's party participate in battles, but they can be switched with any characters from the backline with no penalty. Characters can use a myriad of skills in battle, as well as talk to enemies. Each enemy has an affinity level which increases when a player talks to them, gives the amount of money or item they request, and answers their questions in a way that satisfies them. At the end of each battle, enemies have a chance of asking players to join their party based on how high their affinity is. If the party is full, new allies are sent to the Pocket Castle, a miniature castle that serves as a home to all recruited characters.

In addition to recruiting enemies in battle, players can also obtain allies in a variety of ways, such as through main story events and through sidequests. If the player loses in battle, an H-scene occurs (these can be skipped through an option in the configurations menu).

Players can have characters upgrade their equipment by going to a blacksmith in various locations. Synthesizing equipment helps characters become stronger and more durable in battles. Items and Gold are needed to synthesize equipments. Items required can be found as loots from treasure chests, rewards from defeating enemies etc. Equipments must be removed from the character before upgrading.

The game happens in a world where the Slaughter of Remina didn't occur, instead being replaced by the Great Disaster. As a consequence, monsters and humans banded together to face this ordeal and became quite close. Furthermore, since Ilias no longer appeared to baptize heroes, the faith waned and most people think the goddess is dead.

The story follows the adventure of the hero Luka on his journey to find his father after the latter disappeared, leaving only the most cryptic clues as to his whereabouts. On his way, he encounters a small angel who pretends to be the Goddess Ilias and a small yoma who says she's the Monster Lord. After Ilias reappears at his baptism, the hero realizes his adventure will carry a great importance and his childhood friend decides to accompany him.

"Guided" by the mysterious White Rabbit, he recruits several other companions, gets the support of mysterious twins to help him sporadically, visits several alternate dimensions located in a strange place called Tartarus, and learns that the world is in chaos as three Monster Lords fight for power, all while helping the different communities he encounters. Furthermore, it seems three succubi known as the Lilith Sisters are also working behind the scenes to tear the world apart.

As he progresses, the hero learns that every universe is threatened to end into Chaos because they didn't follow the correct history and are contaminating one another.

He later learns that angels from another world are somehow involved in the disapperance of several communities around the world, and later ends the long-standing war between Grangold and the other human kingdoms that was secretly started by an outside influence. Soon after, the current Monster Lord declares a war of extermination against humanity.

When Luka explores yet another Tartarus, the Monster Lord attacks the major human settlements. After pushing the assaults back and dealing with the monsters responsible for the attack, he visits the mysterious Snow Continent where he learns of the origins of the Great Disaster from Ilias herself. A fight breaks out between the Lilith Sisters and the three second-generation seraphim, and the world is nearly destroyed following the intervention of powerful apoptosis, being only saved at the last moment by one of Luka's companions.

As the hero rests after his adventures, the White Rabbit shows up in the castle and informs him that, after a mistake from her end, an alliance of monsters from different worlds led by a mysterious Queen of Dreams are invading this world. However, heroes from those worlds have also been brought in by the system to act as a balance. Said heroes struggle together as the world is threatened to be swallowed by the "Land of Night" propagated by succubi who use a summoned Château des Romances as its epicenter, but they managed to hold off and Luka intervenes to eventually beat the Queen of Dreams and close the dimensionnal portal. The heroes realize that they're now stuck in this world, and after hunting down and recruiting the members of the monstrous alliance, realize that this world is in trouble as it is revealed the White Rabbit made the mistake in the first place because she was already weakened. 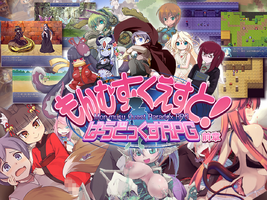 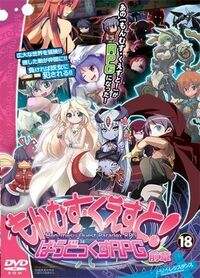 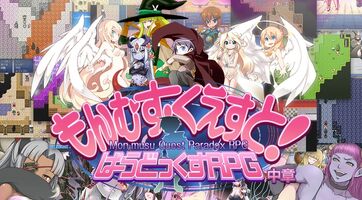 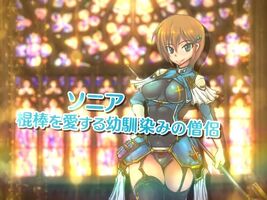 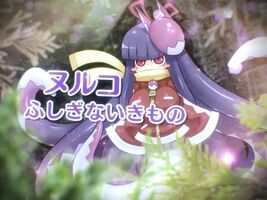 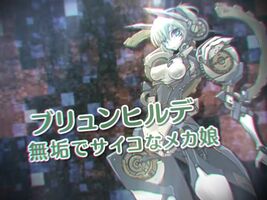 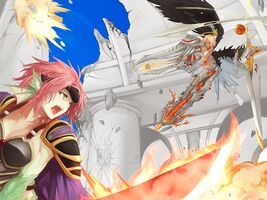 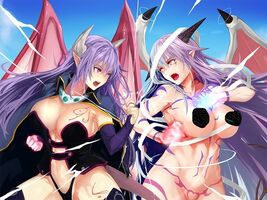 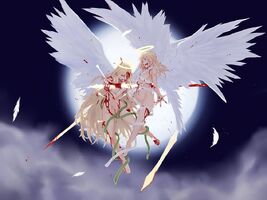 Special Mother's day: Micaela vs. Lucifina
Add a photo to this gallery
Retrieved from "https://monstergirlquest.fandom.com/wiki/Monster_Girl_Quest!_Paradox_RPG?oldid=113811"
Community content is available under CC-BY-SA unless otherwise noted.