Luddite Village is a location in Monster Girl Quest Paradox.

Located in the center of San Ilia, Port Natalia, and Port Marle. A quaint little village which greatly respects the "old ways" of Ilias's teachings and rejects the use of makina by the church, although even Ilias is appalled by the village should she come here. They're fanatical in their views. However they're more talk than bark so don't worry too much about them, although it's clear not everyone in the village lives happily. Passage to venture deeper into their local cave requires permission from San Ilia.

Later, the Lilith Sisters kill all the villagers and justify their massacre by saying that the village never existed in the timeline. Luka and his companions arrive too late, only assisting to the death of the last villagers at Lilith and Astaroth's hands before being engaged in a fight by the latter to test them. A team sent by the church later comes to bury the dried up remains of the villagers, transforming most open places in the village in graveyards in the process.

This place also plays a role in Lily's sidequest. Once recruited, the magus wants to visit the different houses. She feels the pain suffered by the girls who lived here, and detects trace of teleportation magic, informing the party that the girls are likely alive and have been taken away by the Lilith Sisters. She becomes more determined to find them to help them. 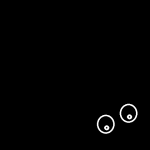 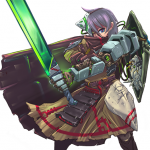