Lucifina is Luka’s mother, Marcellus’s wife, Micaela’s younger sister. She was one of the original angels created by Goddess Ilias, known as the Second Great Seraph. She was also the first Fallen Angel, being the first angel to have rebelled against Ilias. Lucifina also holds an incredible fighting prowess and was nicknamed "Daystar".

Lucifina was born as the second original angel. She took part in the Great Monster Wars 1,000 years prior and fought against Alice I (First)’s forces; Lucifina proved to be a terror on the battlefield and was subsequently nicknamed "Daystar", after her signature technique. Ilias eventually won the war by forcing Alice I and the Six Ancestors to be sealed in return for sparing their monster descendants. However since the start of the war Lucifina questioned Ilias's sanity. 500 years prior to the game's events, according to Tamamo she created and delivered the Angel Halo to Heinrich. However, Ilias continued her evil ways by rescuing Black Alice from Heinrich and pardoning the dangerous criminal Promestein so she could create the Chimeras; Lucifina could not condone these acts and ultimately rebelled, becoming the first fallen angel. Due to her loyalty to Ilias, Micaela hunted and fought Lucifina, but she hesitated and allowed her younger sister to flee.

After wandering the world for centuries, she met Marcellus and fell in-love with him, sealing her angelic powers with the Keepsake Ring so they could be together and mothered a son: Luka.

She later died during an epidemic that plagued Ilias Village. Before she died, she made her son promise to not hold a grudge against those who inflicted pain against him, such as his father and particularly the villagers who refused to help her, and told him he will become a fine hero.

Micaela sheds light to Lucifina's backstory. Valkyrie and Tamamo also mention about the Angel Halo being created by the original fallen angel.

If Luka loses to Ilias in her final form, the final evaluation is instead done by Lucifina. In addition to the evaluation, Lucifina laments the difficult path her choices forced on Luka, and wishes for him to enjoy the peace his success will bring to the world. 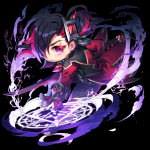 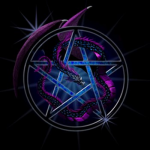 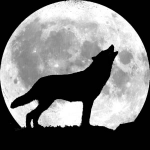 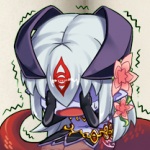