Lucia was Lily’s primary research assistant, but a civil war kicked off over a difference in ideology. Lily stood up to the men of the village because of how they treated the girls by giving the girls the power to oppose the men. Most of the girls didn’t live past 20 as they were accused of being a witch (hence the name, Witch Hunt Village). Now, after killing all the men she wants to give this power to the other girls being mistreated in the world.

Lucia, however, thinks that this power will end up being abused and twisted so that it’s a tool for the strong to oppress the weak. It would then create a reverse situation where the men are the ones being abused and mistreated. She has someone approach Luka and Sara to ask for their help, and should they accept, she will join them once Lily is taken care of.

If Luka refuses, she will instead flee to the Tower of Magic south of the town. When Luka reaches her, she will make one last appeal as the magic can threaten the world, and, once beaten, she will disappear afterward, supposedly imprisonned.

“A woman born in Witch Hunt Village, who studied at the national University in Sabasa. She returned to her home town after reaching the top of her class in Magical Science studies, but was caught by Lily. She lost her sanity once Lily implanted a worm inside her body, but regained her senses after draining a lot of semen. She then rebelled against Lily and started a resistance group based in a nearby tower.

The magical power she was born with is extraordinary, and her experience in magical science has allowed her to refine a large number of homunculi. She has gathered comrades and mercenaries, and has become a force comparable to Lily in a short amount of time.”

Lucia is near identical to Lily regarding stats, but they can both be difficult. Lucia has a large variety of skills at her disposal which can be very punishing if they hit. Predation, drain attacks, paralysis. So coming with items or party members which resist paralysis or predation will come in handy.

She resists the three primary elements but is weak to the natural elements, so the latter (plus Holy) are your best offensive options against her. She is weak to silence, so using that against her locks out four of her moves, giving you potential free turns.

"A fight with Lucia so soon...? I wonder if this is due to some sort of discrepancy? Lucia is just like those magical beings you've fought up till now, except she can use Tentacle skills. The probability that Silence works is moderate... Nonetheless, sealing her dangerous elemental skills isn't a bad idea. There isn't any element she is particularly weak to, so just use Wind, Earth, Water and Holy based attacks. If you do, the efficiency of her skills will be reduced. Just abuse your supports and get rid of her somehow. Now go, oh brave Luka. Still, Lucia? At such a timing...?" 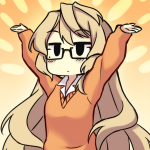