watch 02:45
Wiki Targeted (Games)
Do you like this video?
Play Sound

The Labyrinth of Chaos is an optional end-game maze that consists of random areas seen throughout the game with portals leading to the next section of the maze. Every 10th floor has the White Rabbit, a chest which contains either a seed, nut, or small medal and requires winning tougher boss rematches to proceed. Every 100 floors you have the option of fighting a super-boss for a better reward. You are also unable to save, with the exception of after the rematches of each boss. You can only start from the 1st floor, and, once you have reached them, you can restart from floor 101, 201, 301, 401 and 601.

Another note is that Abilities/Accessories, such as the Demon Ward Bracelet item/Encounter Half Special Ability have no effect whatsoever while inside the Labyrinth of Chaos, making prolonged exploration on each floor a dangerous gambit if one runs out of supplies to keep their HP/MP supply in balance whilst searching for items/NPCs, as regular enemies are much tougher in the Labyrinth of Chaos than their usual counterparts are. Escaping from regular enemies is also made much harder, if not impossible most of the time, thus making it mandatory to fight your way through every regular encounter you face to progress forward.

Differences with the base game 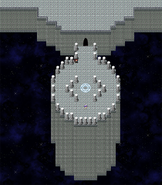 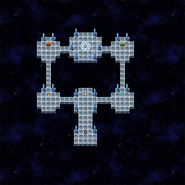 Eternal Forest: This area gives you access to lightweight armor such as robes, luxury hats, and martial art outfits. As the name of this area would suggest, it is made out of the forest-themed maps of the world, with plant, insect, elf, fairy and sometimes beast monsters being the most common types.

Carnage Hill: This area gives you access to heavy armor such as shields, helmets and other types of heavy armor. As the name of this area would suggest, it is made out of the mountain-themed maps of the world, with a rather wide range of monsters.

Sea of Truth: This area gives you access to lightweight and quick weapons such as ninja swords, bows, and katanas. As the name of this area would suggest, it is made out of the water-themed maps of the world, with mermaid, sea-dweller and scylla monsters being the most common types.

Oblivion Desert: This area gives you access to more unusual weapons such as plates, scalpels, harps, and fans. As the name of this area would suggest, it is made out of the desert-themed maps of the world, with land-dweller and insect monsters being the most common types.

Recursions Cavern: This area gives you access to weapons requiring high attack power such as heavy swords, hammer, axes, and fists. As the name of this area would suggest, it is made out of the cave-themed maps of the world, with insect, ghost, undead, land-dweller and sometimes yoma monsters being the most common types.

Phase Tower: This area gives you access to magical weapons such as rods, sickles, and grimoires. As the name of this area would suggest, it is made out of the interior-themed maps of the world, with magical and yoma monsters being the common types.

Town of Demise: This area gives you access to accessories with a variety of effects. As the name of this area would suggest, it is made out of the town-themed maps of the world, with angels being common there.

Infinite Chaos: This area gives you access to gems, which are able to be equipped on weapons and armor. As the name of the area would suggest, it is made out of the chaos-themed maps of the world, with Apoptosis and Chimera monsters being the common types.

Each trial has 5 levels, with each of them having 10 floors to go through before fighting the boss. You start with only the first level accessible. Defeating the boss of a level will grant you access to the next level, which will automatically start with far more Rare Points than the last, with the last level starting with 7000 rare points. Each trial will also reward the team with EXP, Job EXP, gold and affection based on the trial level. 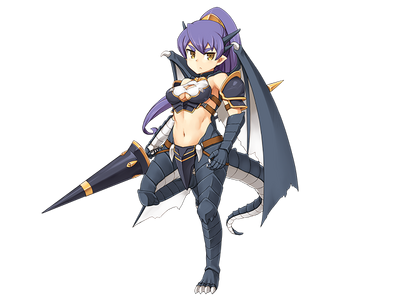 From the entire Labyrinth of Chaos, the White Rabbit has recruited the best blacksmith she could find: an adult version of Papi. She appears to be deeply knowledgeable about the nature of the weapons found there and will offer you many kinds of services.

Apply Gems: Allows you to apply Gems to your Secret Weapons or Secret Armor. Gems have special effects that will be active when you equip the weapon or armor to which the gem is attached. A Secret Tool can only have so many gems attached to it and thus has limited sockets to insert gems in. Weapons and Shields can have up to 3 slots, Hats and Armors have 1 or 2 slots, and Accessories may or may not have a slot. There are 6 types of Gems, which roughly all follows the different types of ability a character naturally possesses. Those types are Combat, Job, Magic, Defense, Special, and Equipment. A weapon can only have one type of gem equipped at one time.

Notably, Equipment Gems aren't available naturally like most other gems. They can instead be found by Refining either Heaven Stone(s), Sky Stone(s), or a Void Stone(s) alongside the equipment chosen to create the gem. Equipment gems created this way will grant most passive effects that the equipment had, and will provide equipment specific stat boosts.

For instance, when an Archangel's Bra equipment gem is created, the gem will grant holy resistance 50%, lightning immunity, and boost most stats (the stats that Archangel's Bra boosted), with Defense and Willpower being boosted the most (roughly 30% boost).

Equipment gems tend to be extremely powerful than other gem types, and so it's recommended to apply an equipment gem whenever possible.

Gem Stat Boosts: Gem stat boosts stack multiplicatively - for instance, two "+20% Dexterity" gems on different equipment will give a cumulative increase of 44% to the dexterity stat. Stat boosting gems on the same equipment will also stack multiplicatively (possible through equipment gems). Gem skill/type boosters stack additively - having two instances of "Holy Booster 30%" will yield a 60% boost to Holy element - if you have a "Holy Booster 200%" weapon, then the total boost will be 260%.

Refine Gems: You are able to ask Papi to "refine" gems for you, at a fee. Fusing multiple of the same gem can grant you a gem with an increased effect. For example, five 10% HP gem will give you a 20% gem. Fusing a piece of equipment with a rare stone through refining will give you an "equipment gem" - this is the only way to get an equipment gem.

Notably, while enhancement increases equipment stats, passive effects of the weapon will not be strengthened, and a weapon that was leveled up through enhancing will not be as strong as a weapon naturally found at a high level - for instance, a weapon that was found at +13, and leveled to +25 will be much weaker, statwise, than a weapon found at +25. Also, while weapons found at +13 may have "holy booster 56%", the boost amount will remain at 52% no matter what, while weapons found at +25 may have "holy booster 110%", etc. Nevertheless, enhancing equipment can help you advance further and find higher level equipment.

Black Alice - Will give handicaps in exchange for armor relating to handicap after 10 floors cleared :

Cupid - Pay 5000 gold in order to temporarily lower the strength of the monsters.

Purple Slime - Doubles the power of Slime skills until the next boss floor.

Harpy Queen - Doubles the power of Wing skills until the next boss floor.

Fairy Queen - Doubles the power of Nature skills until the next boss floor.

Alra Priestess - Doubles the power of Plant skills until the next boss floor.

El - Doubles the power of Ocean skills until the next boss floor.

Nekomata - Doubles the power of Beast skills until the next boss floor.

Dragon Girl - Doubles the power of Breath skills until the next boss floor.

Succubus (Disguised) - Doubles the power of Sexcraft skills until the next boss floor.

La Croix - Doubles the power of Artificial skills until the next boss floor.

Emily - Doubles the power of Tentacle skills until the next boss floor.

Frederica - Doubles the power of Corpse skills until the next boss floor.

Shironebi - Doubles the power of Snake skills until the next boss floor.

Queen Ant - Doubles the power of Insect skills until the next boss floor.

Set 2 bosses are added in after visiting the LoC bonus floors 6 times.

There are 2 values affecting the Labyrinth of Chaos: Rare Points (or RP) and Monster Levels.

The former only affects loot and has a maximum value of 16000 (Starts at a fixed value depending on the level of Labyrinth/Trial you start at. Starting specificallly at 601 gets you started at max value). Once you reach that value, whether you're on floor 800 or 8000, the quality of loot will remain the same.

Monster Levels only affects how the stats of monsters increase and is a value that's hidden to the player. It goes up everytime a player goes up one floor, one special floor or if the player skip floors. How Monster Levels increase depend on the floor number.

Lists of the Legendary Weapons/Armors/Accessories are below.

The Labyrinth of Chaos was radically different in Part 1.

Retrieved from "https://monstergirlquest.fandom.com/wiki/Labyrinth_of_Chaos?oldid=113084"
Community content is available under CC-BY-SA unless otherwise noted.