Iliasburg is a location in Monster Girl Quest Paradox

Located at the heart of the Ilias Continent. One of the key attractions here is the Luxurious Sutherland Inn though only two types of people can stay here, the extremely rich which the price per night is 100,000G or those lucky enough to get on the Hostess' good side then she'll make it a bargain at 5G per night! Also one of the Inn's specialty dishes is Ama Ama Dango, a favorite for a lot of people ♥.

After beating the Four Bandits at Irina Mountain North Cave, Teeny can be seen at the lobby working for the Hostess' and later can be recruited after completing the Harpy Village crisis, Gob is acting as a deliverer and can be recruited (if you manage to catch her), Vanilla will join Luka if he teaches her the ropes of trading, and Papi will also join him if he brings a lump of iron from Pornof Mines so that she can learn to correctly craft iron.

Also Amira is here once the mess with the bandits is sorted out. You can kill her for an achievement, leave the town, and return to her to help her with a job to get some precious information about that White Rabbit. 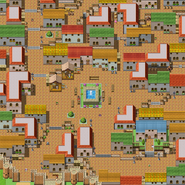 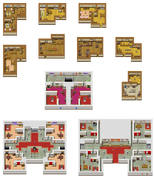