Welcome to the Ilias Continent East Tartarus also known as Tartarus I372367.  The Tartarus is one of the distortions in the world and is shrouded in mysteries. It is also the second of the three Tartarus Luka visits in part 1. Inside you'll find the residents Eaters, Riots, and Luxuru's wandering around.

Following the exploration of the first Tartarus, Luka's next primary objective is to investigate the second one.

After making their way through the mountain pass, the party finally reaches the exit. The other side has been completely deserted of any human life ever since Rostrum was destroyed. But there is still the occasional monster girl roaming around.

Ilias/Alice suggests resting in Rostrum before heading down into the second Tartarus, as there should still be beds there, even if it is completely deserted.

The village has been devastated, and it bears a similarity to Iliasville (Alt). There are only two buildings that can be entered – a ruined inn and the ruins of a legendary cook’s house. The rest are inaccessible. Ilias mentions that some angels would disguise themselves as humans just to taste the chef's cooking. There isn't much else to see outside of that. The party has the option to rest at the inn for the night before heading to the Tartarus.

There are no scholars or any kind of systematic excavation taking place here as most humans can't get to this part of Ilias continent. They're too weak to fight the monsters in the mountain pass. Luka and the party descend the rope ladder and into the pit.

When the party stumbles into a forest, Sonya asks why there is a forest at the bottom of a hole. Ilias explains that it was incorporated from the outside world when the Tartarus appeared. There is also a cavern at the bottom of the hole.

The party arrives at the doorway to the next dimension. Since Luka has the power to travel between dimensions, he need only touch it for the door to open. Something a mere human shouldn't be capable of doing in the first place.

Heading through the door, and the party is back in Remina. A figure wearing glasses, with red hair peeks out of the house on the other end of the street before rushing back in again.

They investigate the home, where they find a younger Promestein. Luka asks what Promestein is doing here, but she asks what year it is instead. Luka tells her that it's Johannes 1455 where they come from, and Promestein says that she's quite some time behind them. She explains that she unintentionally teleported herself into this dimension while testing the reactions between holy and dark magic. She's been stuck in this dimension ever since. Luka promptly asks if she caused the Great Disaster, but Promestein tells him that her small experiment shouldn't have been able to cause something of that magnitude.

Ever since she arrived, she's been studying the Remina and conducting more experiments, making equipment out of the resources available to her. Sonya mentions that she must have been here for a long time. Promestein replies she's been here almost 200 years.

She asks how Luka managed to replicate her experiment, and if he can provide details on it to help her research. Ilias explains that there was no such experiment - Luka has the power to travel between dimensions. Promestein says that it shouldn't be possible for a human to do that and asks Luka if she can dissect his frontal lobe to find out why.

Luka declines for some reason.

She suggests making a clone out of him as an alternative, so she asks Luka to ejaculate into a beaker, which he also declines to.

You can recruit Promestein here. She reassures Luka that there shouldn't be any noticeable side effects from losing a piece of his frontal lobe. She joins the party as an excuse to investigate Luka further. Promestein still hasn't figured out who Ilias is, either.

Looking through Promestein's notes reveals some of the numerous breakthroughs she had while studying apoptosis. She learned that it is a phenomenon that occurs wherever chaos is. It transforms the inhabitants of that dimension into apoptosis beings, meant to repel foreign invaders by erasing them.

After leaving Remina, Promestein is amazed that Luka not only has the power to travel between dimensions; but also take others from isolated areas of spacetime.

The party leaves the Chaos Passage through the Pentagram and arrives back at the entrance to the Tartarus. Only the pit is now surrounded by lush forest instead of a barren wasteland.

Heading north from the pit and back to the village reveals it is no longer destroyed. But is in fact prospering.

The party is noticed by a man who mistakes Luka for Marcellus. He is glad that "Marcellus" enjoys visiting them so much, but is confused how he manages to look so different each time he does. This is the third time "Marcellus" has visited the village now. Luka explains that he is not his Marcellus; he is his son. But the Marcellus the youth remembers is too young to have a child at Luka's age. Promestein promptly asks what year it is, to which he replies it's the year 1430, by Johannes calendar.

Luka asks when the last time Marcellus was in the village was. The youth explains that the first time was a month ago. Marcellus looked full of life, and he had three companions with him. He still looked really young. The second time Marcellus turned up was a week later, but he was alone and looked like an entirely different person. More like a seasoned veteran.

The village chief also mistakes Luka for Marcellus. He mentions that he missed Marcellus the first time, but he managed to meet him on the second occasion. He recalls how they talked about the Tartarus and other odd events. Marcellus had also mentioned that something will happen in the next few years and that the villagers should leave before then.

Marcellus had also asked the chief to give a letter to a boy named Luka if he ever showed up. But Ilias points out that shouldn't be possible as this world's Marcellus is too young to have Luka.

Luka asks the chief for the letter, after explaining that he's Luka. "To my son, Luka. If you're reading this letter, it means that I haven't returned to Iliasville. Most likely, Lucifina isn't with you anymore either. If she were, she'd never allow you to leave on an adventure. Please forgive your parents for not being there for you at such a crucial stage of your life. Seek Micaela's help, Luka. She lives in the hidden village of Enrika, deep inside the lost woods. Micaela should be able to help you, if anyone can. I'm determined to drive out the darkness that's covering the entire world. Go to Micaela and protect your world. Know that I'm proud of you for making it this far. -your father, Marcellus."

The party realises that the letter is not from this world's Marcellus, but the Marcellus from Luka's world. His father. Ilias is puzzled that members of Luka's family are capable of opening spacetime doors, but she cannot.

By this point, Marcellus has left this world as the letter was written to Luka over a month ago.

Sonya asks Luka if he's ever heard of Micaela, but he replies he hasn't. Ilias knows her very well, however, so she explains to Luka that Micaela is his mother's sister, making her his aunt. But Ilias would rather avoid Micaela, if possible. She believes that if Micaela saw her in this weakened state, she would unleash her Sword of the Heavens on her, vaporising both of them and destroying everything within a few kilometres. Including Enrika.

Of course, Luka has to visit Micaela. Sonya is annoyed that the person who could explain everything to them was so close to where they started in the first place.

Before they leave, the Village Chief decides that he will put an evacuation plan in place, should the village be attacked. But they will not leave the village.

Their next objective is to head to Enrika, where Micaela is. Luka can return to the original reality using a Harpy Feather. 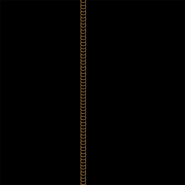 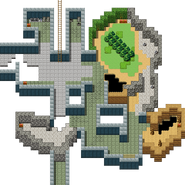 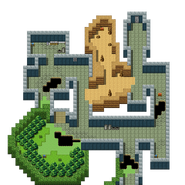 Retrieved from "https://monstergirlquest.fandom.com/wiki/Ilias_Cont._East_Tartarus?oldid=97831"
Community content is available under CC-BY-SA unless otherwise noted.