For the term, see Hero.

Hero is a three-dimensional game based on Monster Girl Quest. It is currently in production by NtelliwareGames with permission from Torotoro Resistance. More information on the game can be found here. it was a scam. The creator officially acknowledged it was a scam the 31th December of 2016 in a forum post on his website while still giving some updates from time to time through Kickstarter.

A first test of how the game will look can be found here. Do note that this is just a graphics test build with no battles or gameplay, but should give an idea as far as the graphics quality. The graphics test build showcases all of the Ilias Continent and some characters, as the demo coming soon will cover the entire Ilias Continent and all monster girls found on that continent.

There are two different versions being developed. One is Hero, an E-rated adaptation which will be altered to fit an M rating, and the other being Monster Girl Quest 3D, the unchanged adult rated version. The adult version will be a nearly exact 3D clone of the story, characters, etc. from Monster Girl Quest, though Ntelliware has hinted at a few minor additions.

Ntelliware ran its Kickstarter campaign for Hero for one month until April 6th, which ended with $10,068 raised out of the $5,000 goal. He is currently expecting to finish the game by March 2014. He officially announced abandoning the project at the end of 2016, and confirmed he was unable to remiburse any of the funds he got through Kickstarter or to fulfill any of the reward presented.

In an at attempt to placate the community, he announced the development of Hiro. Once again, the creator was unable to update the community on an even yearly basis, and the project can be considered dead.

Currently created character models, as well as any future updates can be seen on the Kickstarter page here. 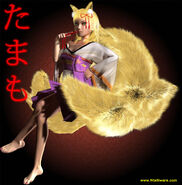 Luka and Alice at Harpy Village.
Add a photo to this gallery
Retrieved from "https://monstergirlquest.fandom.com/wiki/Hero_(video_game)?oldid=100265"
Community content is available under CC-BY-SA unless otherwise noted.