Grangold Castle is a location in Monster Girl Quest: Paradox

Once an awe inspiring place for nobles and the King to reside in, repurposed to further an unknown goal... Four Tailed Samurai and Three Tailed Kunoichi have been hired to keep out unwanted guests, and various Feral Kitsunes have been seen wandering the halls. What you might mistake as a suit of armor might be the Black Golem, a mass produced type of Golem specializing in magic, on a hunt to gain more power by consuming intruders. It's rumored that Queen Ant is controlling Grangold King. Other rumors say that a succubus has been seen infiltrating the castle. But one thing is for certain, the mastermind behind this is no common monster...

After some unknown heroes beat down the leader and her partner, the entire castle has been sealed off so that reparations can begin as soon as possible. The castle only opens back once the Monster Lord's assault on the world has been pushed back; so if you want to recruit any of the locals at a relevant level, make sure you do it on your first travel there. 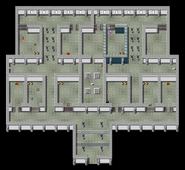