Devastated Plains is a location in Monster Girl Quest: Paradox

At first, here isn't much to visit here, except for a run-down building with poison marshes around it that is closed by a card reading lock. Even if you manage to get inside, whatever or whomever is producing that deadly aura surrounding the region certainly isn't someone you want to mess with...

When Luka and his party explores the place after acquiring a keycard from a lab in Remina, they can finally visit the building where La Croix is seen discussing with Kagetsumugi about the latter's alliance with Black Alice. The duo notices the hero's party, and Chrome unsuccessfully attempts to call out to her older sister who decides to unleash her Cirque du Croix against the party in two successful ways. Even then, Luka manages to beat them down, and when asked for her motivation, she tells the party that struggling against the unavoidable chaosization of the world is useless. However, when presented with the notes of her counterpart, she becomes hopeful and tells the party that she doesn't intend for this message to go to waste before leaving her Cirque in Chrome's care. 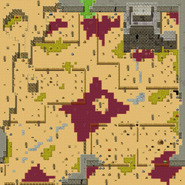 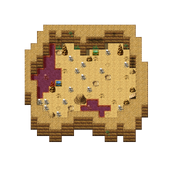 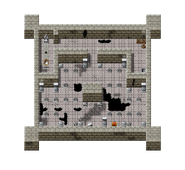