Can always use Unarmed and Insect skills, dealing +15% damage.

Unarmed skills have 66% SP cost and deal +100% damage to Slimed or Bound foes.

Aranje is a friendly Arachne Lord. She can join you after a battle.

"Where we are dwelling now is a nice place... I don't like the rumors revolving around Alice the 17th!"

"You're going to be my prey now... Shall I slowly indulge in your semen?"

"Atlach-Nacha is an arachne of the highest rank... She is an ancient species among our clan, feared by all but the strongest among us."

"Struggle like an insect as I wrap you in my sticky thread..."

"I've preyed upon many humans so far... You will also be among them."

"Taxonomically, spiders are not insects... Well, it doesn't matter."

"Tsuchigumo is also a youkai... It would appear she sometimes returns home to Yamatai."

"It appears there was once a Spider Shrine in Yamatai Village. Now it has been demolished..."

"The Spider Princess will not giving up on reinstating herself as Queen. She will return once more to subdue and rule over the Gold Region."

"Inside this cave, we cannot tell night from day. Isn't there some way to distinguish...?"

"In order for the Spider Princess to reinstate herself as Queen... What on earth can I do?"

"Which group among insect monsters should stand at the top?"

"Grangold was taken over by the queen of the ants... How did that happen?"

"My eyes are compound eyes, but... Isn't that creepy from a human perspective?"

Aranje: "An arachne working as a shrine maiden... Could it be possible for my brethren to lead such an ascetic way of life...?"

Maya: "I planned to be ascetic, but... I can't skip my three steak meals a day ♪"

Aranje: "You're even more greedier than I am!"

Aranje: "I'm wondering... If you hunt in a group of three, don't you have disputes over sharing the prey?"

Arachnes: "We divide it evenly among the three of us, so there aren't any problems. ♪"

Aranje: "But that means each of you gets a reduced share... You three must be very close with each other."

Arachnes: "The three of us help one another. If one of us were to become helplessly hungry, we could eat each other... ♪"

Aranje: "You and I are both assisting the Spider Princess... Don't you want to have a contest to find out which of us is stronger?"

Mizuki: "Contests of strength among comrades are strictly forbidden... We are noble monsters, different from feral arachnes."

Aranje: "You say that, but in reality you believe yourself to be stronger..."

Mizuki: "I will not be taken in by your provocation. There will be other opportunities for cannibalism..." 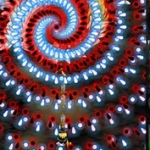 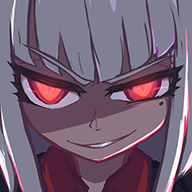