Administrator Tower is a location in Monster Girl Quest Paradox

The place is reached after Luka and his companions cross the Chaos Passage of Sabasa Northern Tartarus. Even before reaching the tower itself, it is clear the world is dying as Sylph can't feel the wind and Gnome tells that the earth is dying too. The party rushes at the tower, as it is the only visible sign of civilization existing.

They're greeted by Radio, who has to bring them to the "master" of the tower. When pushed further, she simply loops her answer, telling that "master is master". As they progress, the party fights different constructions used to defend the tower while learning that all natural humans, monsters and angels died years ago under the apoptosis assaults. They also see the memories of the last moments of the inhabitants of the tower in the different rooms.

When they reach the room with the anti-chaosization seals, Promestein recognizes a work like hers. However, they don't have time to appreciate it as a rumble shake the tower, and Radio tells them that the world is further collapsing and that Adramelech has returned.

The party reaches the top floor and meets La Croix. She explains them that the world has been swallowed by a chaos born from Remina, and tells the party that they discovered the reason it is happening: Their world didn't follow the "true history." Even as she discusses with the party, Radio reports Adramelech making progress and La Croix tells her to deploy every ressource to slow her down. Eventually, La Croix hands down the party a book with every discoveries done by the scientific community which are also "her hopes to save other worlds", and tell them to give it to the other version of her.Before the party leaves, she asks them to take Radio, and even if the party refuses, she forces her down.

Once they left, she removes her black coat and summons the remainder of Cirque du Croix to face Adramelech and gain some time for the party. However, Adramelech manages to beat them, and although the apoptosis is weakened, she manages to intercept the party even as reality is collapsing. Fortunately, since she's only at 10% of her strength, the party can still beat her back. 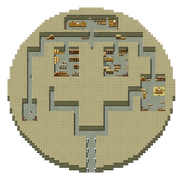 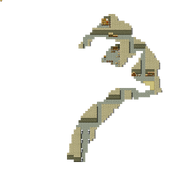 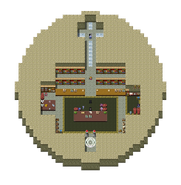 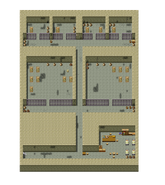 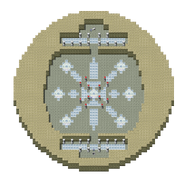 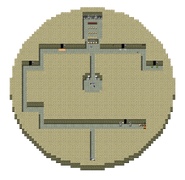 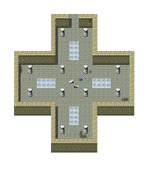